Here is some of the dozens of our speakers. 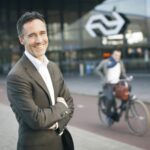 The Netherlands has actively improved the combination of both modes since the year 2000. As a result; the number of daily train passengers has doubled in the past two decades. On the national level, half of all train passengers now arrive by bike to the station and one out of six use a bike on the destination side. Also, an estimated quarter of all biked kilometers in Dutch cities connect to or from a rail station. The bike-train combination has thus facilitated a rapid mobility transition in travel from and towards urban centers. For example, the car is now used four times less often per inhabitant or job in a city compared to inhabitants or jobs located in the countryside, whereas this ratio used to be merely two times less often in 2005. Roland Kager has long investigated the rise of the bike-train system and will share his main findings and observations, based on the seven mechanisms how bike-train delivers synergy for travelers, governments, train and transit operators alike. 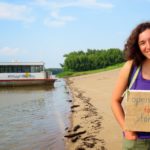 Devi Lockwood is the Commentary and Ideas editor at The Philadelphia Inquirer and the author of 1,001 VOICES ON CLIMATE CHANGE.

She spent five years traveling by bicycle in 20 countries on six continents to document 1,001 stories on water & climate change.

Ekblad has been researching single bicycle accidents and safe roadworks. The results show that the Swedish knowledge about how to create safe roadworks for cyclists is limited. The survey study shows that cyclists are heavily affected by roadworks, 13% may choose a different mode of transport rather than riding past the site, which has implications not only on their perceived safety but also on the sustainability of the transport network.

The field study shows the importance of well executed redirection for cyclists, if the roadworks are not of high quality for the cyclists they may choose other, less safe, routes. 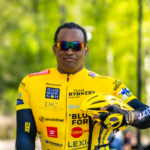 Otso Z. Laxenius is Helsinki based handcyclist who was first handcyclist cyling to Paris together with Team Rynkeby, and second in the World. With background of banking and development, Otso will share us design experiences of cycling infra, and what could we learn about it. 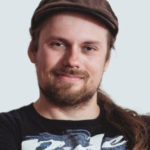 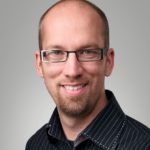 City of Oulu is famous for its winter maintenance of cycle paths. Harri Vaarala and Pekka Tahkola will tell us how these results have been achieved.

Oulu has developed winter maintenance for a long time. After some trials and mistakes they’ve learned how to do it right. 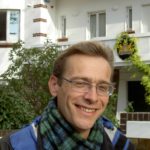 In the city of Utrecht the successful policy in the last 30 years to encourage cycling over car use, led to a new problem of too many bicycles at certain times and places. This causes pavements blocked by parked bicycles and emergency services asking for measures to take bicycles away.

So the administration drew a plan to facilitate more people to use their bike to the city center and the train station, while the streets become more accessible for pedestrians, people with a handicap and emergency services. The scheme is successful, but there are always people opposing these plans. How do we overcome this kind of opposition and what are the results so far? 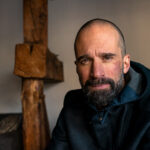 Since 2003, Darco has led the development and implementation of business models and master plans in over 100 destinations and in five languages. He has coined several methods that have become best practices and standards across large parts of the Alps. His long track record as one of the internationally most

experienced outdoor tourism developers, has led Darco to being named as one of the ten most influential people in the sport of mountain biking in Switzerland.

He drinks his coffee black and bought his first NFT in May 2021.