Simona was tense. She smiled, but her body language told she was scared and insecure. What she was about to do brought back memories of failure and physical pain. And yet here she was, of her own free will. What was it that frightened her so? It was a bicycle.

To most Finns riding a bike is a mundane skill, but this is not the case in many other countries. In Italy, where Simona is from, biking is seen as something athletes do on racing bikes, not an everyday way of getting around. Simona had tried riding a bike but fallen and hurt herself. She hadn’t given it another go. In her home town Frosinone, it wasn’t a problem, but having arrived to Helsinki as an exchange student in Nordic languages, she quickly realized she needed a bicycle to get around town and campuses affordably and independently. Despite doubts and hesitations, she was determined to learn, so she enrolled to our beginner’s course for immigrant women.

In the beginning she was squeezing the handlebars with white knuckles, having hard time to lift her feet from the safety of the ground. Fear kept her from flying. But this is what the trainers, a.k.a. koutsi, are there for: to support and encourage. We started with baby steps: how to get to the saddle. Lifting one foot at a time. Accomplishing these gave her more self-esteem. The first aha! moment was understanding how speed is essential for balance. Even if she really did not want to let go, she kicked enough speed to get both of her feet of the ground. That changed something in her: I could see curiosity pushing fear to take a step back.

From that moment to actually riding a bike took less than a half an hour. She understood how to kick enough speed to move the bike forward giving her enough time to put both feet on the pedals and start to cycle. Once the wheels were rolling she didn’t want to stop. Her body relaxed and straightened, there was absolute focus on the task at hand and a big smile on her face. Fear was screaming somewhere far in the back ground “what about me!”, but I don’t think Simona listened anymore. When she stopped she put her arms in the air as every well respected football player after a goal, looked up in the sky and shouted “Yes, I did it!”

These moments of joy and the independence riding a bike gives are the reason The Finnish Cyclists’ Federation works with the Immigrants on bikes -project. We are thankful for funding from STEA (Funding Centre for Social Welfare and Health Organisations). Being independent in mobility may well be the key to successful integration: you can get to school, work, job interviews and to see friends independently and affordably. Biking opens up the world around you in a new way, letting you choose which way to take and when. And biking is just plain fun!

Follow Simona’s example and join our classes! If you have normal balance, you can learn to ride a bike. Come, we are here for you! You find information of upcoming classes here. 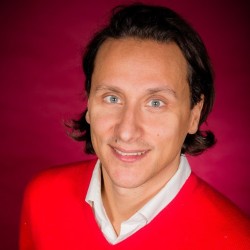